Car guys vs. House guys (and yes girls and women can be guys too)

I have mentioned it previously; I am not really a car guy. Sure, I know a few things. I know how to operate a vehicle, and I know where the gasoline goes. I know that they ride on tires, which, in turn, must be rotated every so often.

A transcript (roughly) of the conversation that then followed:

I started with, Jen, calm down. Then, I proceeded to give her a brief outline of what I know. It could mean anything . . . . It could mean it is time for regularly scheduled maintenance. Or, it could mean, well, that there is something seriously wrong. I thought for a second, then I finished the first wave with, How is the car running?

She replied, Well, it does feel a little sluggish – what should I do; should I not drive it?

We are going to have to have someone do a diagnostic on it. But who, I thought.

Jen then said, I guess I’ll have to go up to my parents and have Roy look at it. (Roy is a “guy” in the classic sense of the word. For a loose definition, see the Moxie Mouth side bar here). But that means driving up on a weekend – (paraphrased) and we are so busy.

I said, OK, let me call some places around here. We’ll get this checked out.

I love you, too. But I continued, Don’t worry about it – I think you are OK driving it for a little bit. 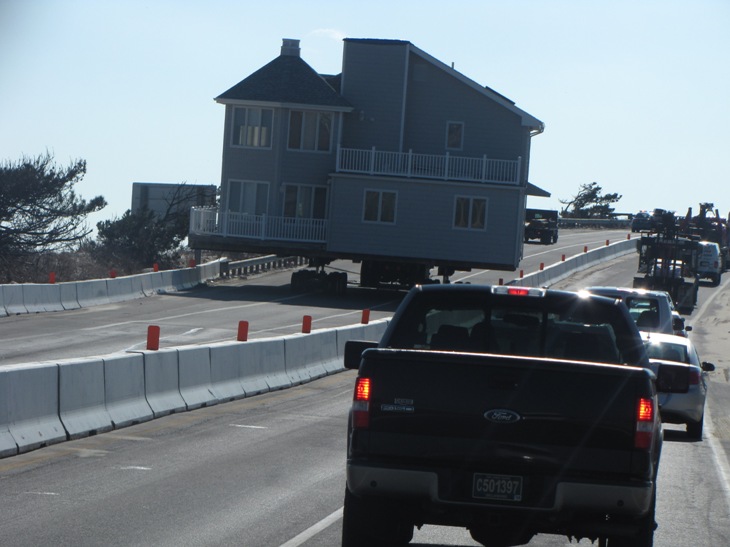 I proceeded, as promised, to call a couple of the places near us. Two, to be exact. Both regionally recognizable chains; we have visited both previously. $89.99 per hour for a diagnostic – But it usually doesn’t take more than an hour, the service tech said. My reply, OK, thanks.

So . . . I called the next place. Whew, I thought, Only $89.99 for the test, and just the test, no by the hour included here. And I reported back quickly. My wife’s reply sharp and clear, I guess I am going to have to take it up to Roy. The plan of action decided.

Now . . . my wife is a smart lady. She knows, like I do, that there are always options. So, she called her brother. Her brother, my brother-in-law, Darin is a smart guy, too, an engineer; he knows some things. And he is certainly more of a car guy than me.

Two days after that initial call, I picked up another call in my office. The excitement in her voice was pretty plain, Darin says Auto Zone does free diagnostics. I said, Hmmm, wow, cool. And a few days later my wife went to Auto Zone.

As with most events in life, this got me thinking. How does this translate to the home?

In a lot of ways, maintaining a home and maintaining an automobile are quite similar. Each has systems that effect overall performance, each is fairly expensive, and each requires routine maintenance, and regular care, to perform at its best.

These conditions are due, in part, to the temporal and fading nature of things. Much as a car’s odometer rolls with every tenth of a mile accumulated – your home loads on mileage, too, with each passing year. Short of noting proactive discretionary improvements, and extending beyond the mechanical equipment found in your home, all parts in, on, or of your home will wear, and ultimately fail (if left unchecked).

The timeline of failure, of course, can be accelerated by poor maintenance within interconnected systems. This has never been clearer than today, as many of us focus our attention on energy usage.

Enter the home energy audit, a diagnostic of home energy performance. These check-ups look at such things as the air-tightness of your home’s shell (the skin) and the health of its working parts (organs as such). It’s kinda like a doctor’s visit, a house call.

Some of today’s home automation systems allow for in-line diagnostics of power-based components. But . . . still these controls are evolving and I can think that one day maybe homes, too, will fitted with a Check Engine light. Think about it – a LED blinking on at a centralized location to not only notify you at certain intervals, but also to highlight the detection of specific negative events. 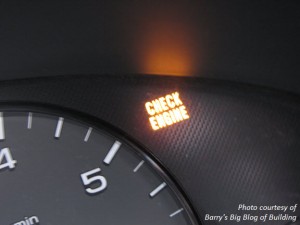 As my wife, her check engine light still lit, was finalizing plans to have Roy change the thermostat on her car, it happened, as if a cruel joke. My check engine light, with no regret or remorse, popped on. Damn! But I tried not to panic; I mean – after all, from recent experience I knew what I needed to do first. Head to Auto Zone. I just had to work it into my schedule.

It was a rainy Saturday, and early, when I walking in. There were two employees on duty, and one person in the store. I did my usual, with the body language, and not impatiently mind you. More in stance that says – Yes, I am looking at these displays, but not because I intend to purchase anything off of them; instead, I am just killing time here until you ask me if I need assistance.

When the staffer came over, and I didn’t have to wait long, he was pleasant enough. Can I help you? he asked.

I said, I hear you are doing free diagnostics; and my check engine light is on.

He said, Sure. We are. And he reached his hand back behind the island that holds the store’s computer monitors, he grabbed a handheld device, and we walked out to my truck, together.

Below the truck’s steering wheel and on the side of the console that houses my radio, there is a port. And he took this device (it wasn’t too far off of some the electrical testers I have seen), and he plugged it in. With a turn of the key, and shutting my wipers off, he captured an error code in a matter of seconds. He then said, Let’s see what the computer says your problem might be.

A minute later, and more time actually spent walking and chatting, I had a list of four possible issues (ad libbing a little here): the catalytic converter, a leak at the exhaust manifold, a dirty air flow sensor, or a blocked fuel injector. My problem to be found at one of these four points.

The first thing out of my mouth of course was – Well, what do you think? And we fired questions and answers back and forth for a few minutes. I finally, then, made the resolution to start the troubleshooting dance with the more inexpensive options.

Knowing full well that Auto Zone stocks injector cleaner, I asked, How do I clean the air flow sensor?

I’ll show you . . . . Here, he said, as he handed me a can that looked quite similar to spray paint. And I walked out of there that morning with cleaner for my air flow sensor, fuel injector cleaner, and a thermostat for a 2000 Volvo.

What a brilliant organizational decision!

The Auto Zone associate, very knowledgable, may I dare say a car guy, provided tips for troubleshooting, laid down the truth of things if my troubleshooting were to fail, and he assured me that I could confidently perform some of these steps myself. Then, he rang me up for the supplies that I would need. And we went about our days.

I find that when troubleshooting it is often best to get the easiest and least expensive possibilities out of the way first. And in my case, this time, those basic measures performed that Saturday worked. I was able to shut that sucka light off.

I also find that these aren’t the kind of things you usually want to let go for too long. As with our house above, causes and effects are all too often interrelated. In my case, and with my vehicle, data pointed to either the air intake or the fuel system, each potentially having compounding effects on the other.

Left unchecked, who knows, the issue could have effectively manifested into a larger (and more expensive) problem.

Plus, you have to admit, it sure is unsightly. The check engine light — starting your car, and there in the dashboard, it stares back at you, telling you something isn’t quite right.

As I was noodling this idea, I stumbled upon this outstanding article on “Your House as a System”. Link courtesy of Extremehowto.com: http://www.extremehowto.com/xh/article.asp?article_id=60917

A top publication on home controls and other electronics: http://www.electronichouse.com/eh/magazine/

Get in the Zone! Auto Zone: http://www.autozone.com/autozone/

3 thoughts on “Building Moxie Archive :: If only you could drive your house up to the home center :: The Parallels Between Car Maintenance and Home Maintenance”